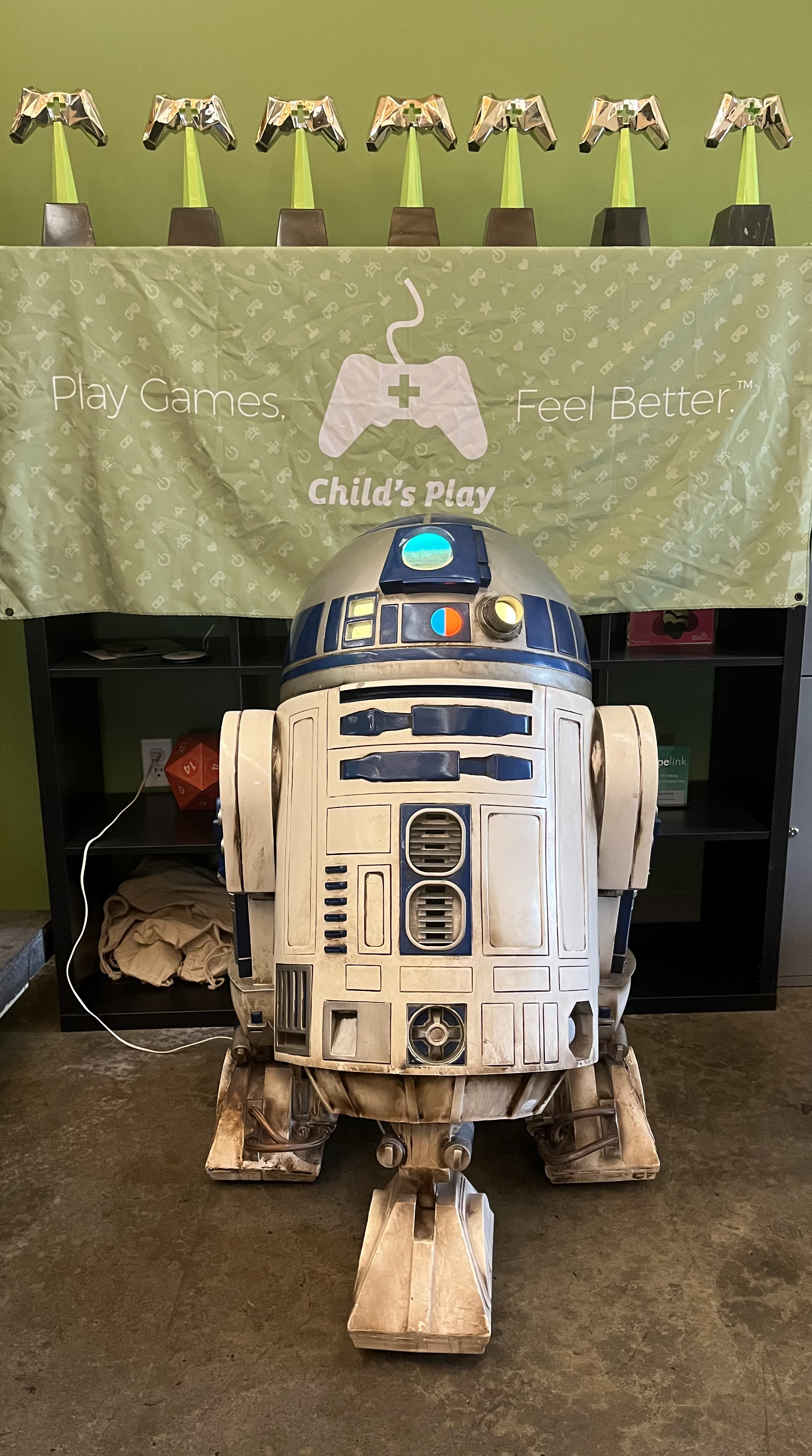 This little droid has been with us for a few years now waiting for our auction to come back in person.  This R2 unit was made at Don Post Studios in 1998.

Back in the first Star Wars movie, they built their R2s out of aluminum.  They were heavy and very hot inside, not so great for poor Kenny Baker in the 120 degree desert!  So for Empire Strikes Back, they had a series of fiberglass droids built.  Sometime in the mid-1990s, Planet Hollywood contracted with Don Post to do a series of R2D2 and C3PO droids for their restaurants.  Don Post Studios was given access by ILM to the same molds that they used for the droids in ESB.  For the prequel films, most droids featured a fiberglass body cast from the same molds as well.  So basically, the Don Post R2s have a direct lineage with both Empire Strikes Back/Return of the Jedi and the 3 prequel films.

This year's live auction is your chance to take this droid home.  Get your tickets now! 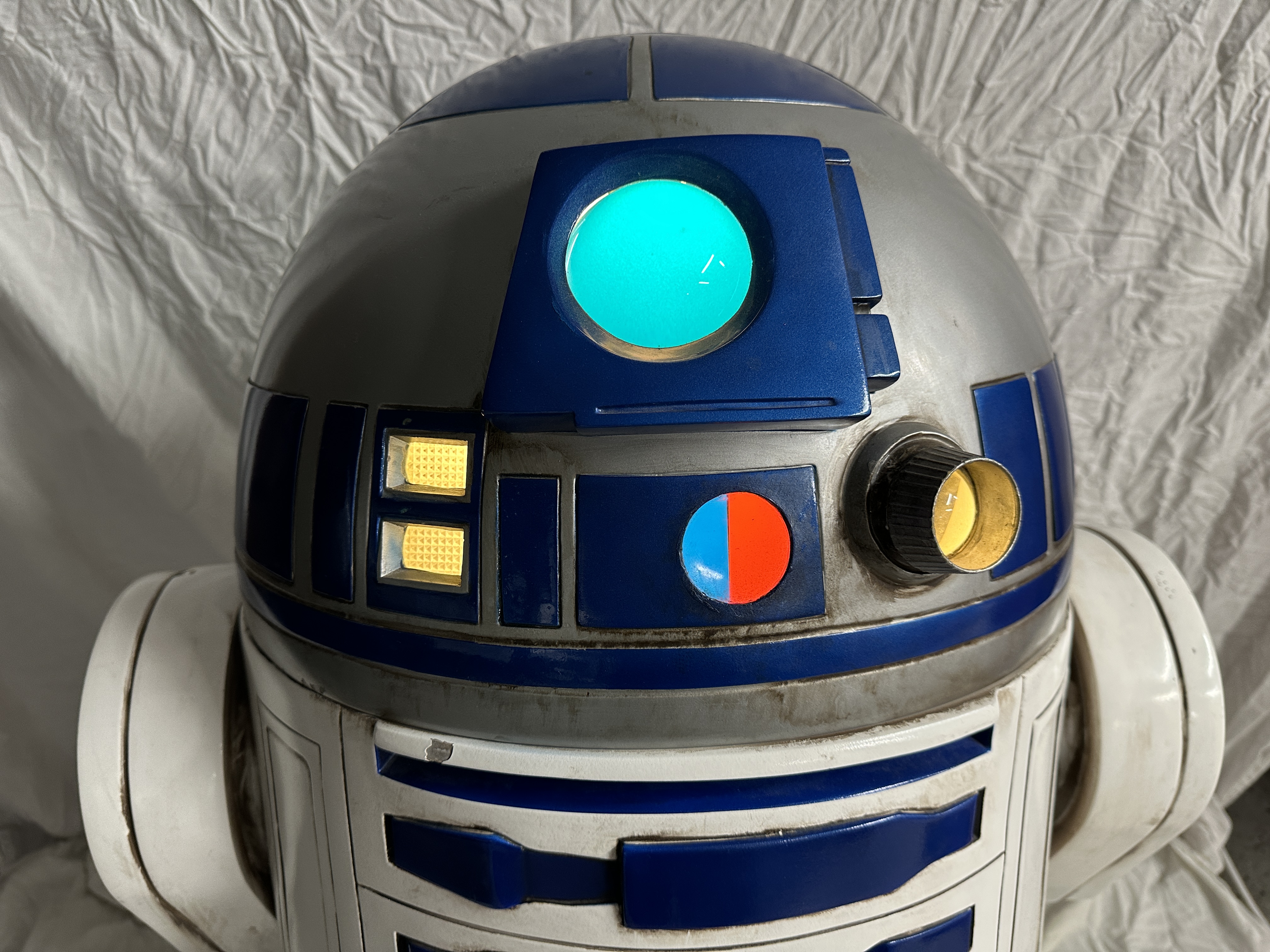 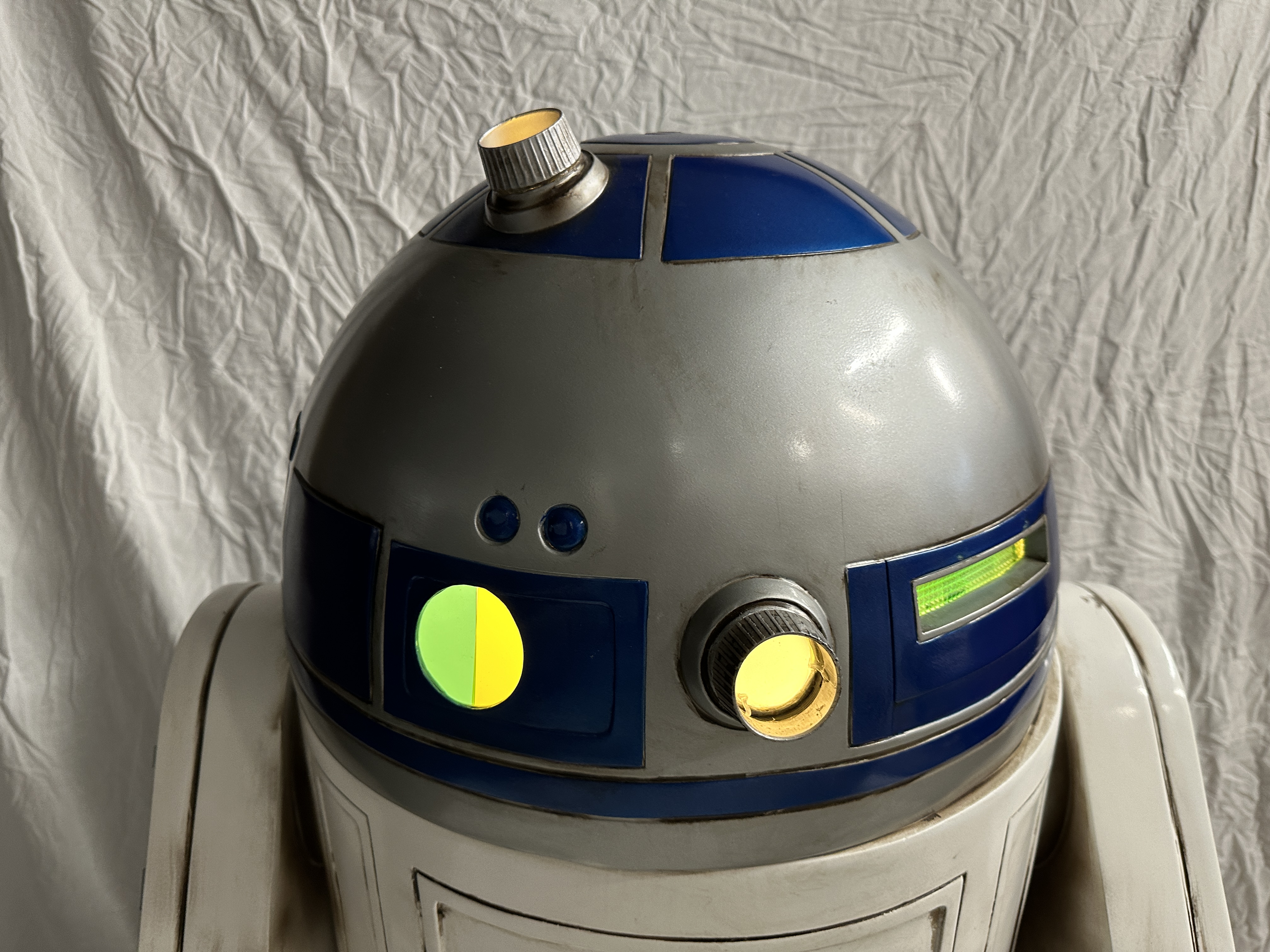 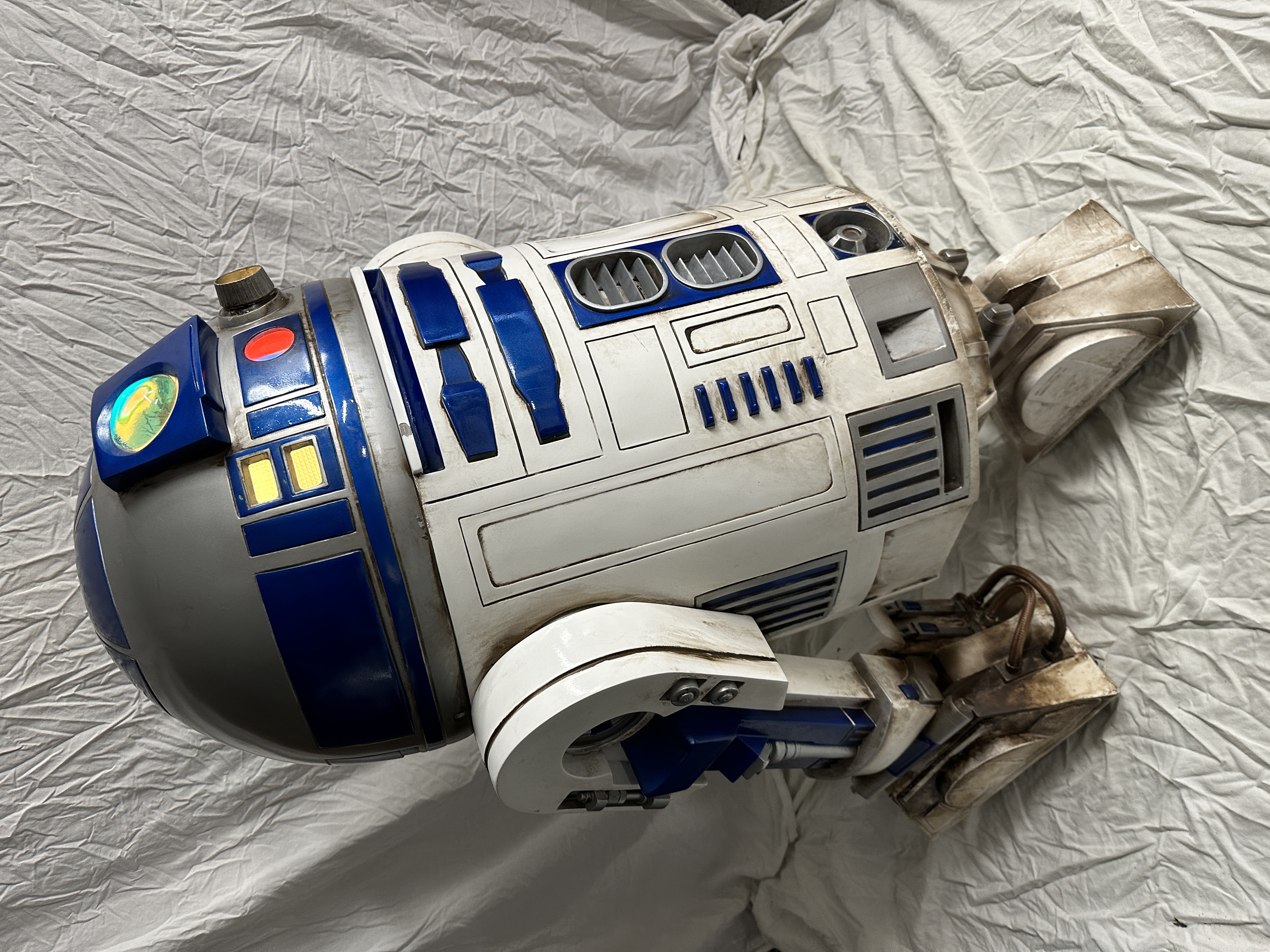 PS: Oh and if you like that Boba Fett statue in the link above, we have one of those too. He will be at the auction too!